Portraiture has been an important part of Michael Hafftka’s painting practice since he started in the 1980s. While most non-portraitists will attempt the odd one from time to time (or abandon the genre altogether), Hafftka returns to it again and again. Where his figurative works allow him to explore emotional reactions to real and imagined happenings around him, portraits are his way of connecting to the energy of his subject.

In the years I’ve been working with Hafftka, I’ve been lucky to have unfettered access to his image catalogue (oh my, what a treasure trove!) and I was impressed by the large number of portraits peppered across the decades. We spoke about doing a show of his portraits and I asked him to select works he’d like to see in it. Normally Hafftka gives me free rein to curate according to my vision but this time I felt it particularly important that the vision come from him.

Hafftka has repeatedly mentioned during conversations over the years that he often paints people he knows personally and feels a connection to. His approach is nicely put in his artist statement: “I learned to let go of judgment while I paint; there is only love of the subject being painted, love of the experience. When I let go of concerns, I can reach a heightened focus and connection with my subject.” This non-judgmental connectedness allows possibilities that might not otherwise arise, with each portrait exhibiting a deep sense of the subject's individual humanity.

The portraits in this exhibition are but a small number from Hafftka's extensive oeuvre, so by nature it’s not comprehensive. But it is very indicative of his interests and passions: Family, friends, art, poetry, music, politics and current affairs, good neighbours and adventurous spirits. Considering the line-up of portraits Hafftka had selected, I realised that they collectively represent a self-portrait of the artist’s heart and mind; they lend an abbreviated human face to his cosmos. In capturing their likeness in paint or ink, Hafftka also elucidates a form of autobiography.

But of course, the portraits are not really just about him; they are foremost about his subjects. Whenever Hafftka talks about his sitters, he is full of praise, respect and admiration for their respective qualities. For some, he’s emphatic about their genius and for others, he’s sensitive to their vulnerabilities. He may not recall the specifics of the conversation shared at the time, but he still senses the energy that existed in the moment of painting, a singular moment which is now recorded in perpetuity in the painting.

Hafftka is a lover of stories and ideas, whether they present themselves in print, through sound or in flesh and blood. An avid reader and an astute observer of people, his groaning bookshelves and long line of portraits attest to his insatiable need to connect to and understand people and what makes us human. It is this sympathetic and lively curiosity about the uniqueness of the person at the end of his paintbrush that makes his portraits so compelling. Even if we, the viewers, don't know the painting's subject, we glean that it is not simply a mere image; instead, each work conveys a sense of a real life with all its attendant intricacies.

We are very pleased present Michael's selection of portraits from his archive. Some of the works shown here are in private or public collections and are noted as such. We welcome enquiries on the other works.

Born in Manhattan in 1953 and raised in the Bronx, Michael Hafftka has been a practicing artist for 45 years. He lives and works in Brooklyn, NY.

During this time he has ignored the vagaries of the art world; instead, he has resolutely and unfailingly followed his own path. Along the way, Hafftka has met artists, musicians and intellectuals who have helped shaped his practice, but it is perhaps the art historian Meyer Schapiro whose influence on Hafftka determined his approach into the future. Schapiro’s mentoring of Hafftka in aesthetics lead the young artist to dispense with unnecessary details from his works. The bare backgrounds become like a Brechtian stage where the intense emotions and tensions engulfing his subjects draw the viewer into a state of deep self-reflection; the locus of the emotional experience migrates from the viewed to the viewer. 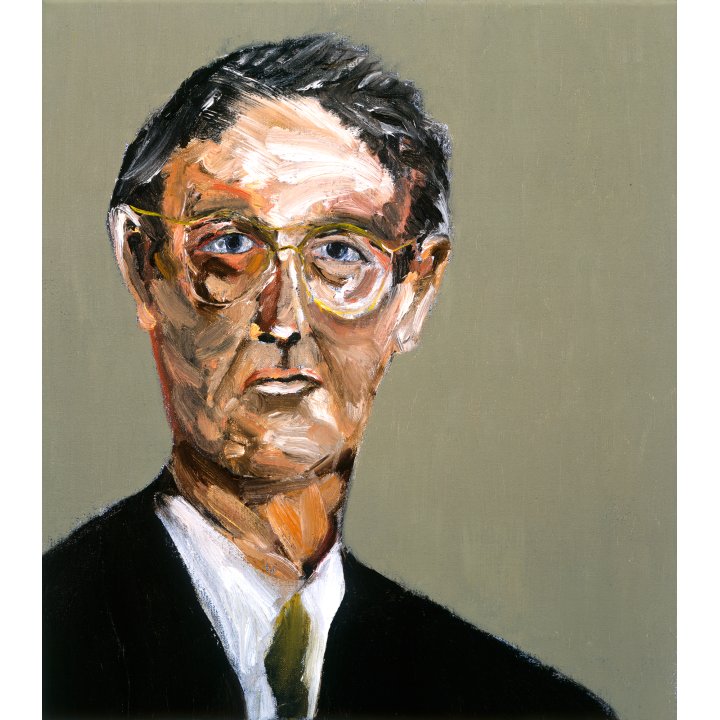 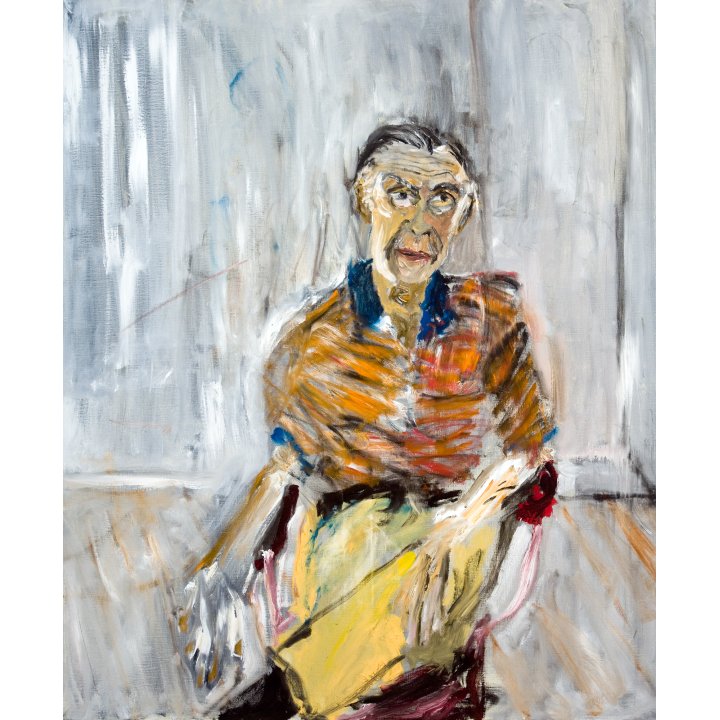 Portrait of Sigmund Balka, Chair of Board of Trustees, Queens Museum of Art, 2008 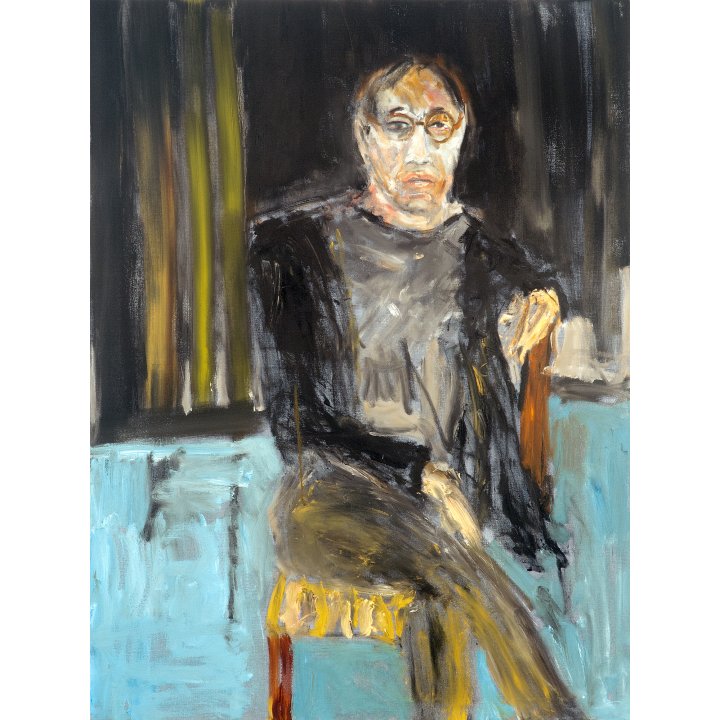 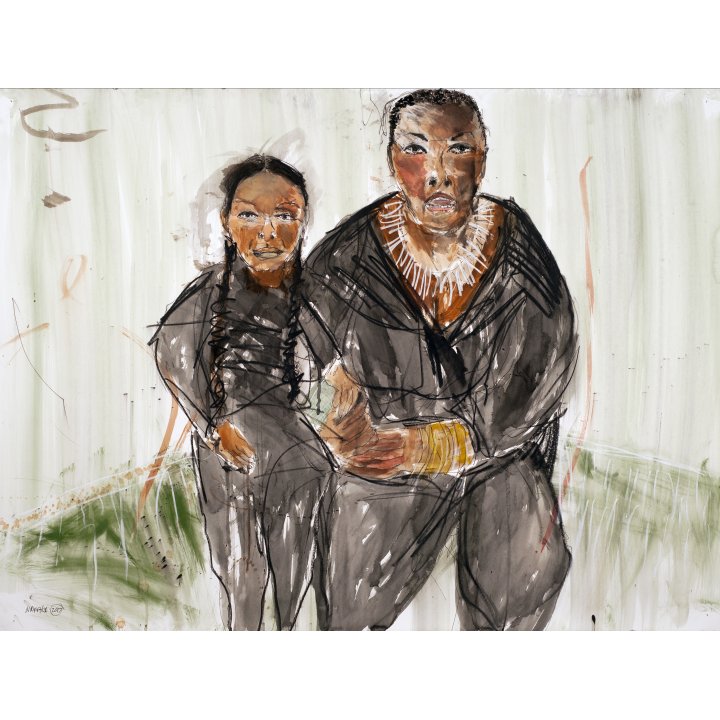 Portrait of Nona, a photographer artist, and her daughter Queen, 2017 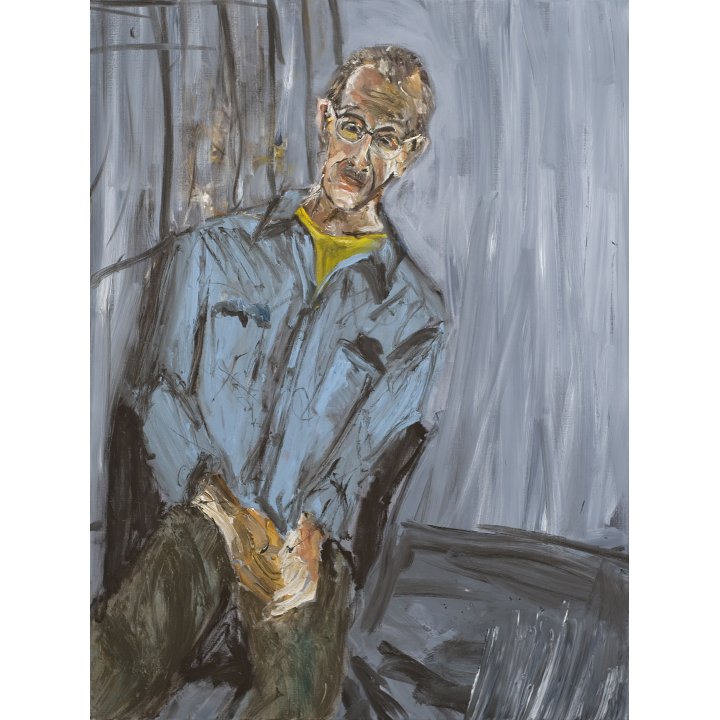 Portrait of Philip Levine, Poet Laureate of the US, 2011 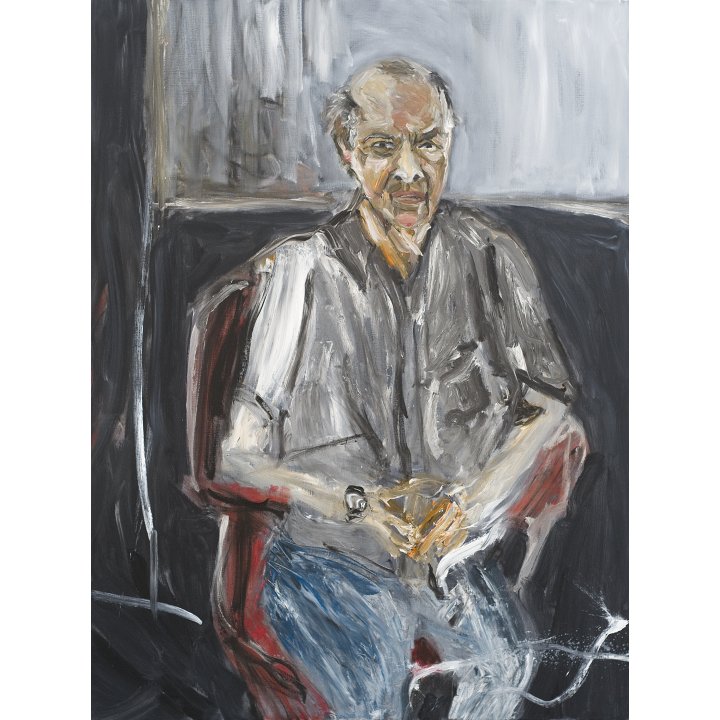 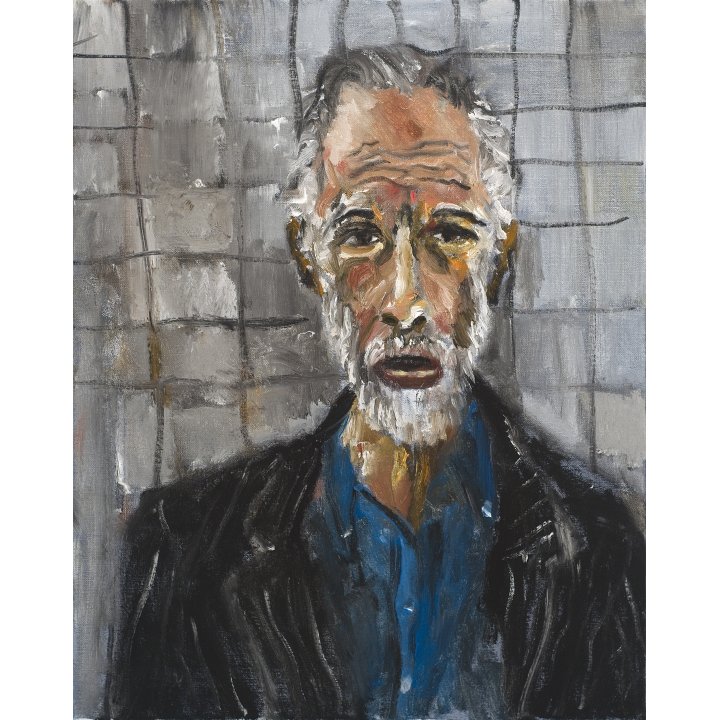 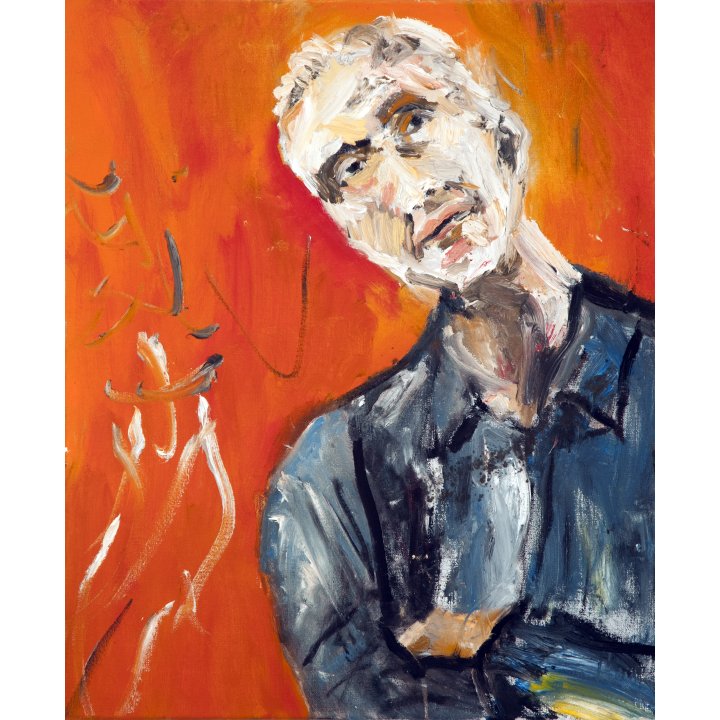 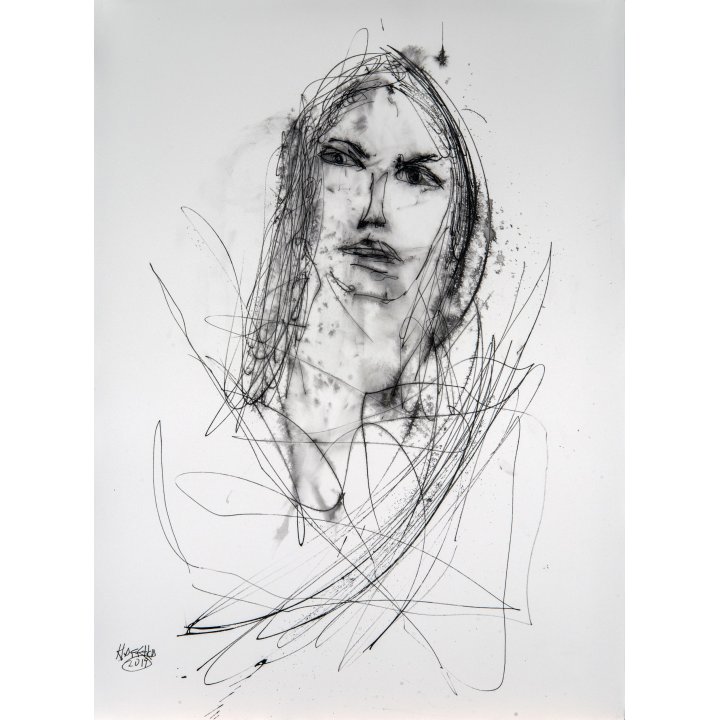 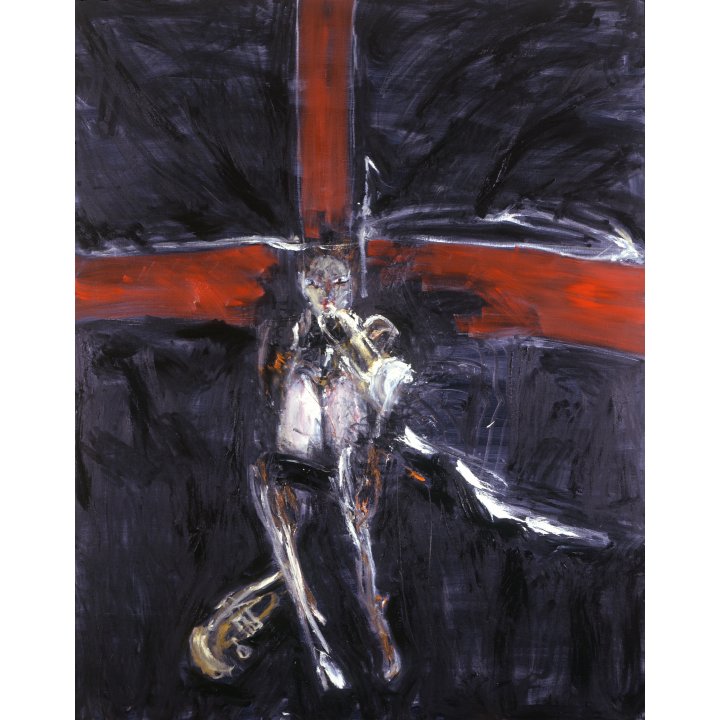 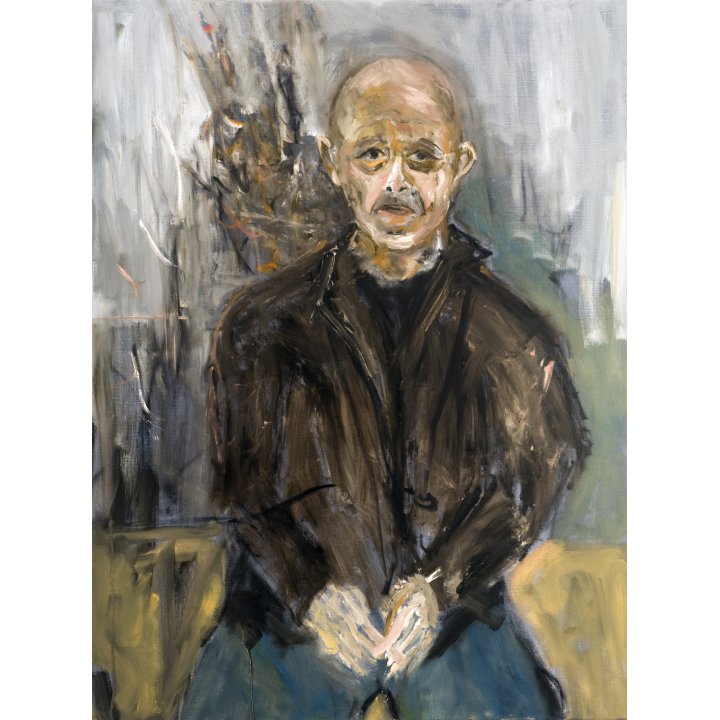 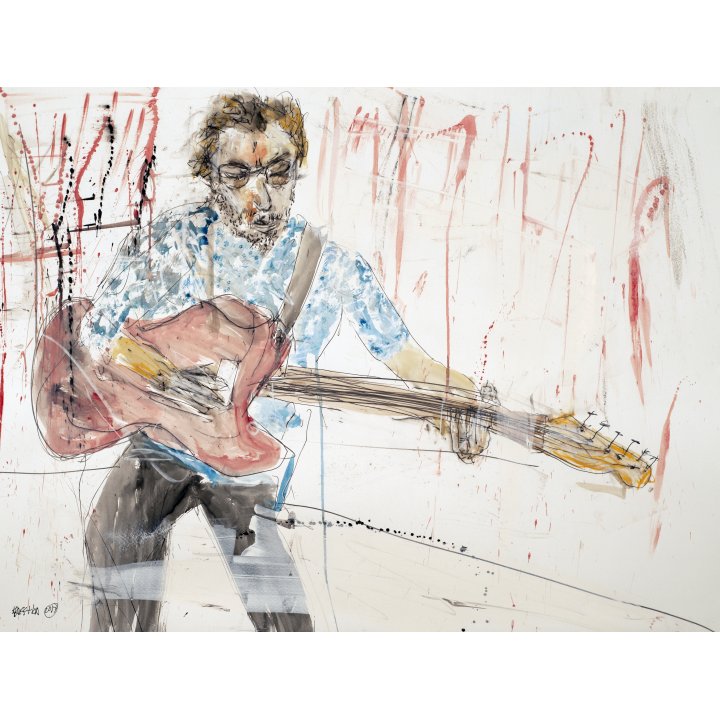 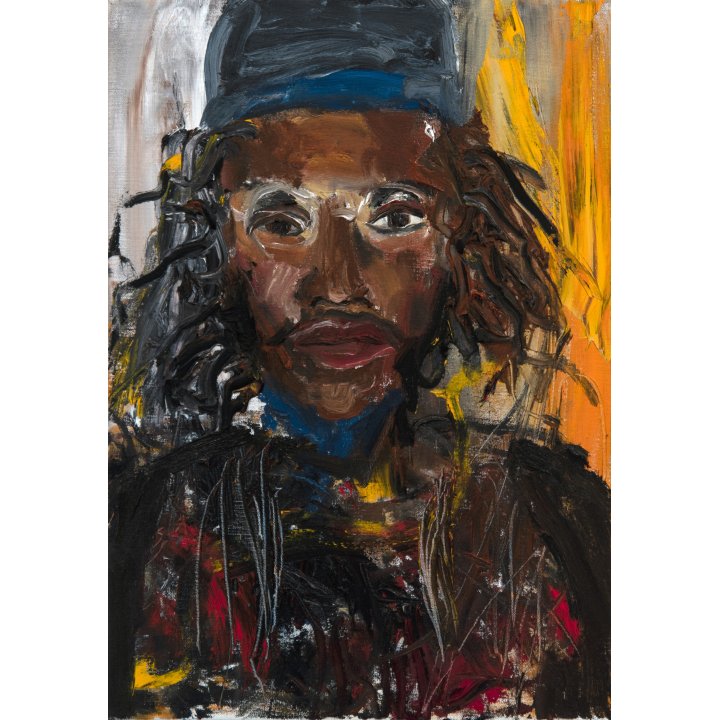 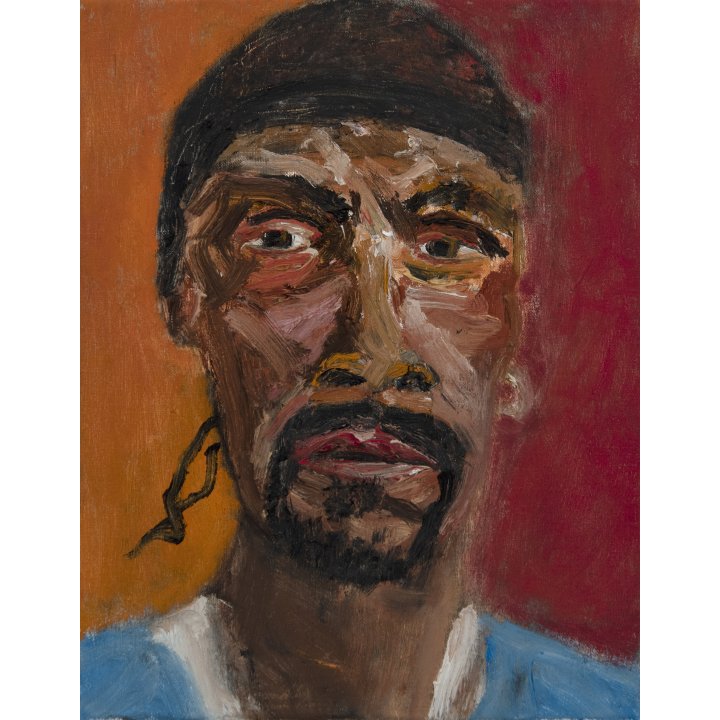 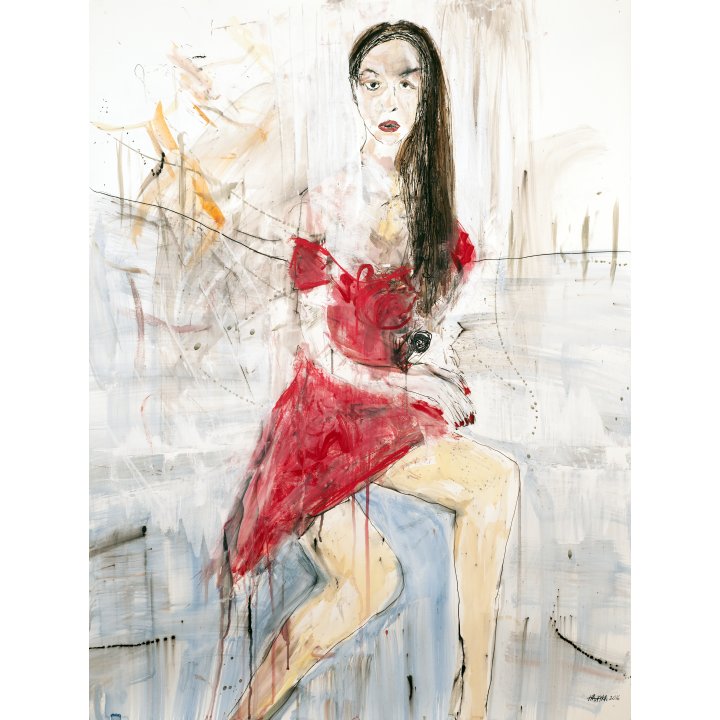 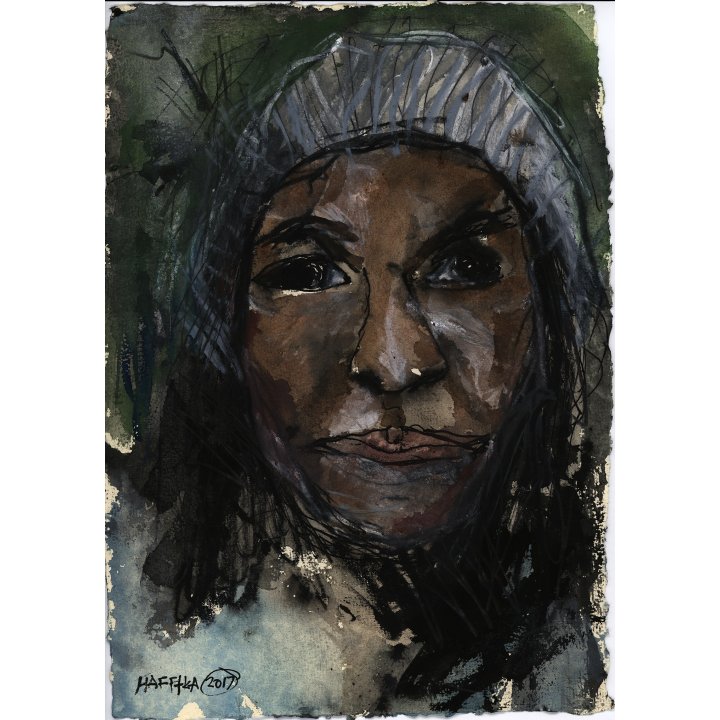 Portrait of Barbara, a neighbor, 2017 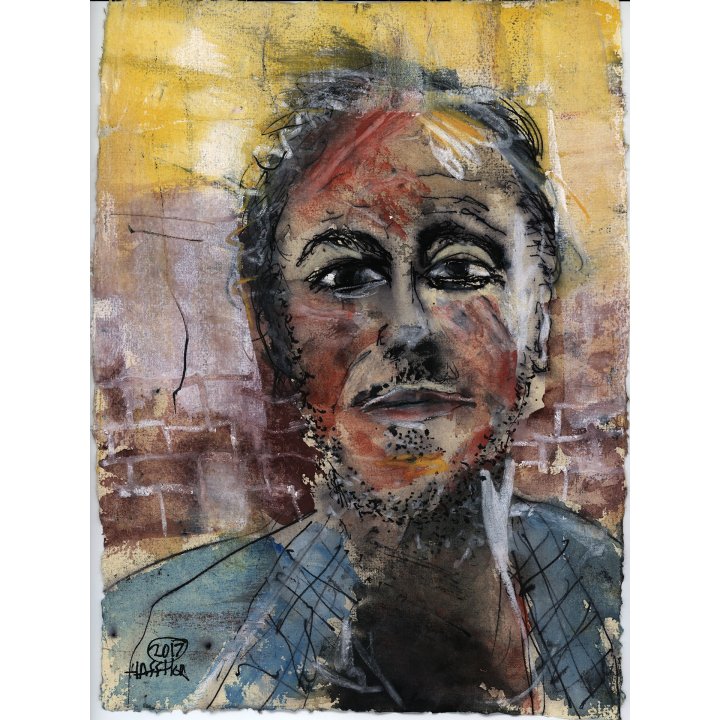 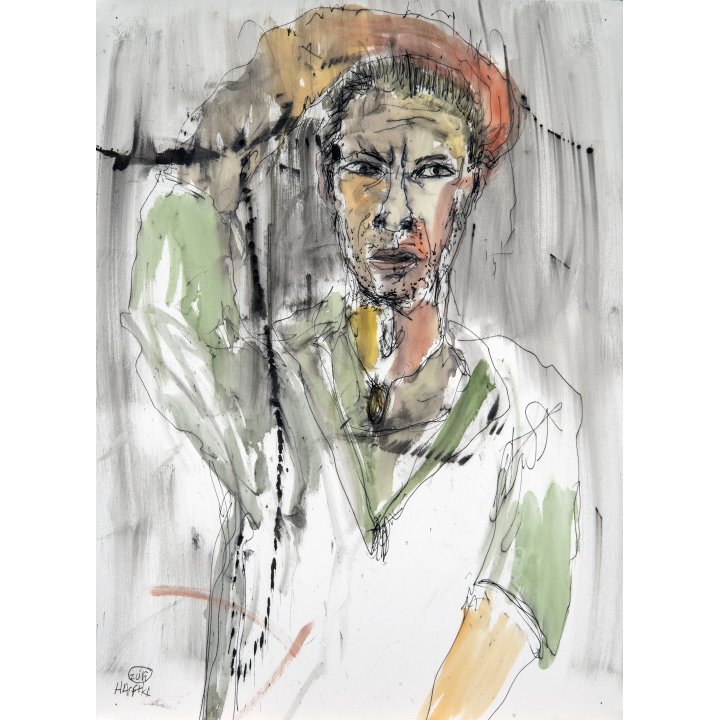 Portrait of David Lefkowitz, a friend, 2019 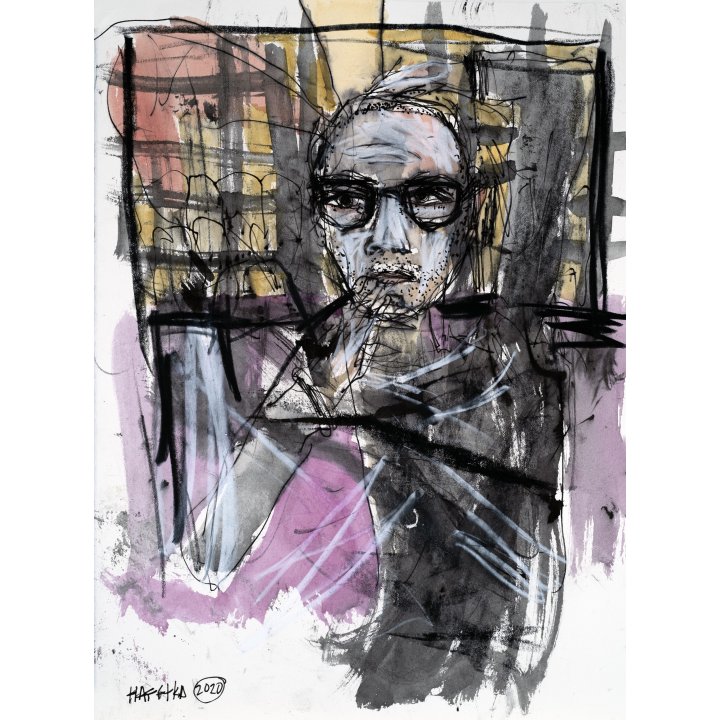 Portrait of Ben Treuhaft, a friend, 2020 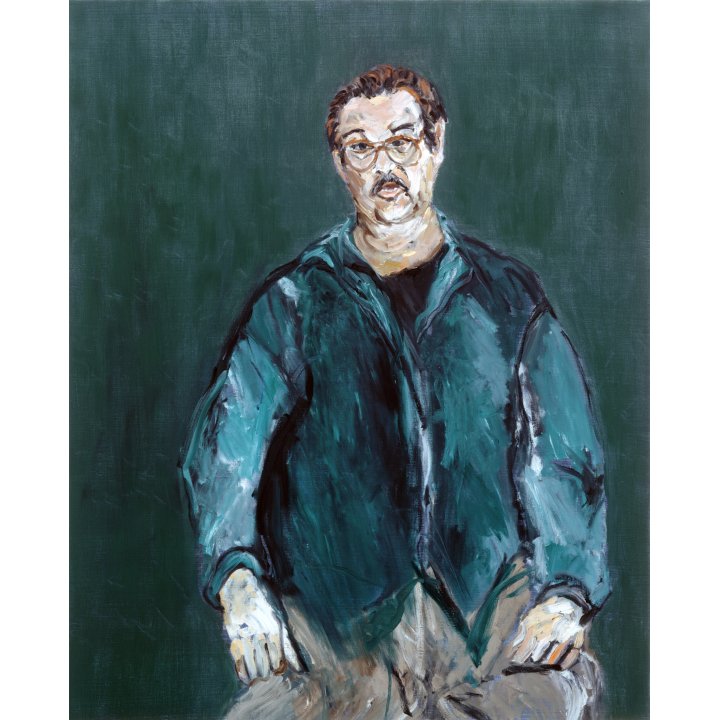 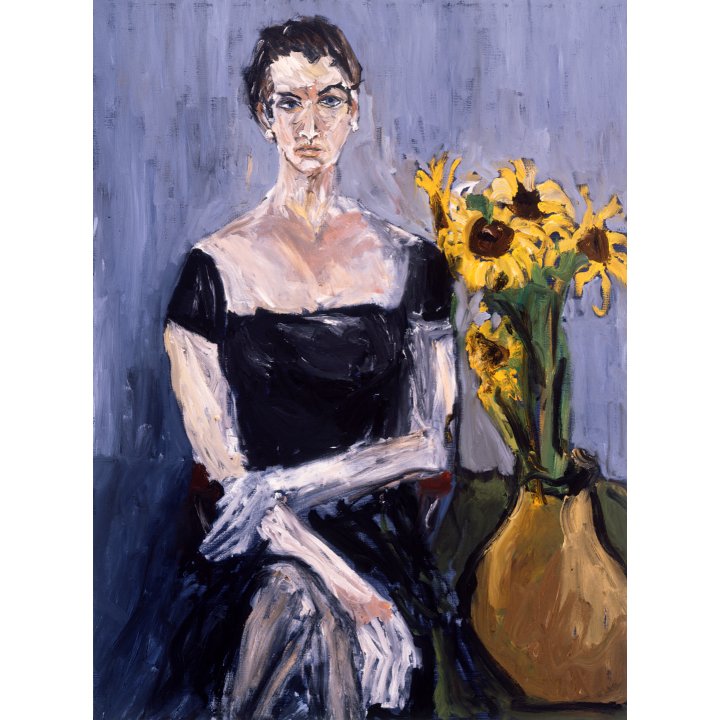 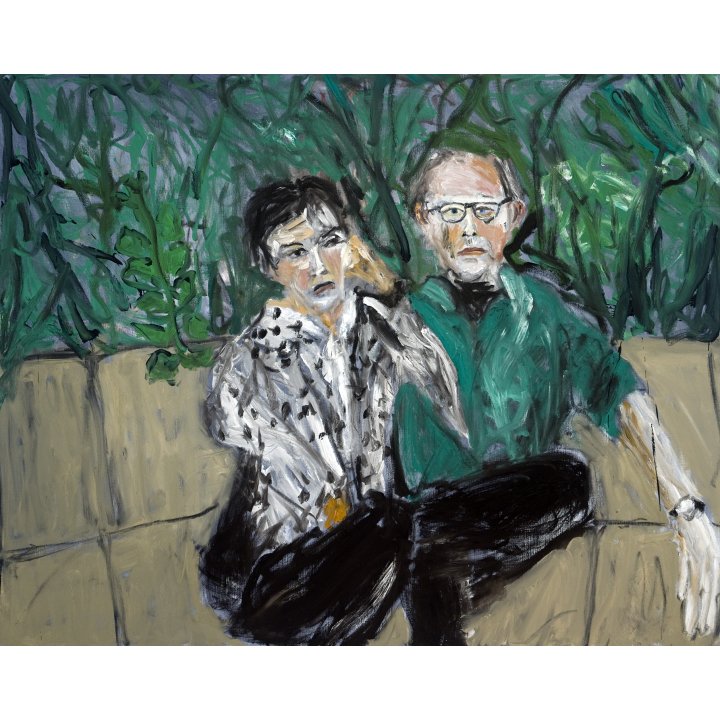 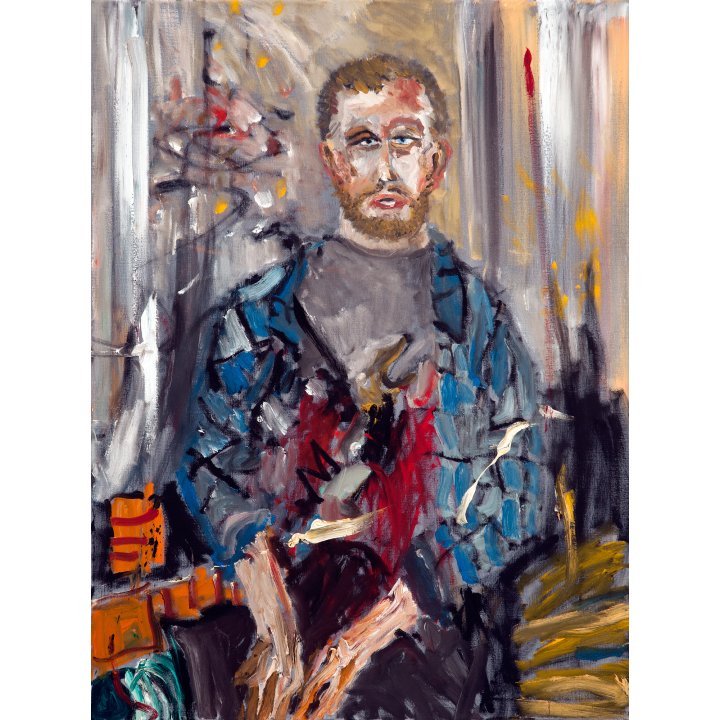